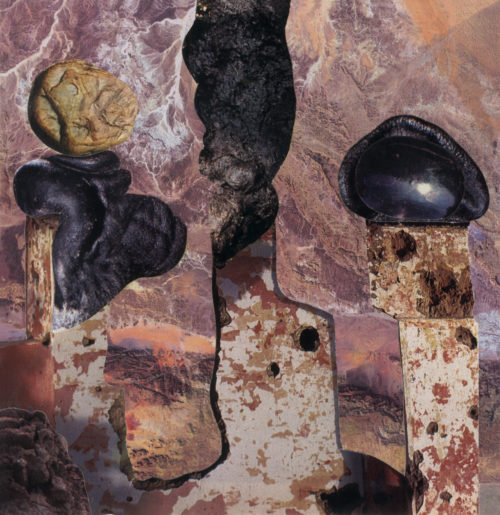 If we could travel to an alternate universe where Philip Glass’s Einstein on the Beach featured music and starring performances from Kate Bush, Nick Cave, and Peter Gabriel, then surely we’d find an awestruck Liam Singer sitting in the front row. Now, thanks to the Catskills-based multi-instrumentalist/songwriter’s fifth album Finish Him, we no longer have to strain quite so much to imagine what that might have sounded like.

On his previous two albums, 2013’s Arc Iris and 2010’s Dislocatia, it was easy to picture Singer’s past experience as a composition student getting lost in Steve Reich’s seminal Music for 18 Musicians at his college library. And though both of those earlier titles demonstrate Singer’s innate knack for making the cellular repetition of minimalist composers like Reich less angular and more palatable, he didn’t deviate much from the highbrow demeanor typical of chamber pop.

With Finish Him, however, Singer throws himself a coming-out party and wears his abiding love for ‘80s pop on his sleeve. Of course, we’re talking about some of the most ambitious, grandiose pop from a time when traces of the Baroque and avant-garde began to seep into the margins of the mainstream alonside the iconic synths, gated reverbs and big hair.

By that time, he had already found a bridge between synthesizers and minimalism via the work of Tangerine Dream, Wendy Carlos, and Isao Tomita. Meanwhile, in spite of his formal musical training, Singer liked to hammer away on unfamiliar instruments he’d bring home from his junk shop job while rolling tape on his 4-track, perhaps his most loyal companion during high school.

“Every album I’ve released in my adult life,” Singer explains, “has that dichotomy of the high school kid messing around on a 4-track and the college kid who was getting super into modern classical and notation and all that, and finding my own balance between the two.”

“That balance,” says Singer, “is definitely shifting,” especially as he draws more and more from electronic and dance elements.

Indeed, Finish Him unifies all of Singer’s seemingly disparate influences into a rousing, surprisingly cohesive work that somehow holds together as both a complete listen threaded together by recurring motifs and as a collection of individual tracks propelled by the catchiest hooks Singer has ever indulged himself — all wrapped up in Singer’s intentionally melodramatic delivery that lands somewhere between poignant and frivolous.

Take the Mortal Kombat -referencing album title, which also harbors religious and sexual connotations. “I like over-the-top expressions of emotions,” he chuckles. “I’m drawn to the idea that intimate, whispered, Elliott Smith-styled vocals could impart the same drama that an operatic style can, even though they’re on the opposite ends of the performitive spectrum. Scott Solter [co-producer who’s also worked with the Mountain Goats] likes to invoke Edward Gorey and the Brothers Quay when we’re working. There’s a sense of playfulness and high drama at the same time.”