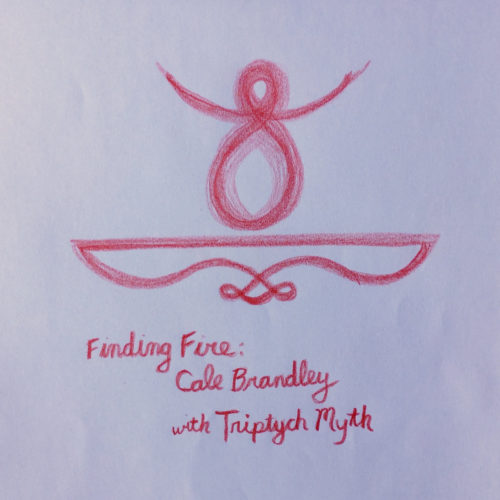 Recorded in February of 2005, this newly-discovered album with the legendary Triptych Myth trio and multi-disciplined instrumentalist/composer Cale Brandley spirals from the past towards the future. As visions of grandeur and intimacy unfold amongst the four musicians, somewhere between the improvisations and the form one can hear a fifth element–the eternal being of Musica–gently descending into the chalice woven by the musicianers.

Triptych Myth is one of the finest working trios of recent decades, and consists of Cooper-Moore on piano, Tom Abbs on bass, and Chad Taylor on drums. In the early 2000’s, they were rehearsing and performing regularly, and through the practice of becoming a ‘working band’ developed a sensitive and evocative chemistry unparalleled in the realms of improvised music.

Cale Brandley is a multi-instrumentalist, singer, composer, and educator who currently resides in the foothills of California’s Sierra Nevada mountains. He and Cooper-Moore met in New York in the fall of 2001, where Cale was a student of music, and a few years and a couple of gigs later, Cooper-Moore offered the services of Triptych Myth to work on this album.

The results are dynamic and mercurial. Cale’s expressions on tenor saxophone range from cello-like (“Goose-Berries”) to evoking hummingbirds or whale calls (“Finding Fire”) to mirroring the rich lament of a human voice (“Yemen”). He also brings the rare sonority of the alto clarinet and the ney flute (an ancient silk-road instrument) to the nocturnal dream sequence of “Sunset Park, After the Sun Sets.” At the piano, Cooper-Moore continually catalyzes new explorations, sometimes fiercely rhythmical and provocative, and at other times with the comfort of an old familiar hymn. Tom Abbs’ bass playing gives a deep, warm, stirring foundation, and a bright prismatic beacon of light. And through it all, the virtuosity of Chad Taylor’s poly-rhythmical and poly-temporal drumming lift the veil of this dusty world to allow glimpses–or rather hearings–of the rhytharmonies at the intersections of celestial planes.

Through the dramatic variances, explorations, and juxtapositions of this music, one can sense a common thread–a thread of quiet hope and trust in the power of the human experience to bring about a radical renewal. Listen closely. You may hear a world where redwood trees stand taller than skyscrapers, where the rush of the ocean waves are stronger than the rumbles of a subway, where the faint light of the sky before the dawn is brighter than any array of flourescents, where the shouting of a legion of angry people is silenced by stillness of the sound inside a spiral sea-shell. Hold it close.