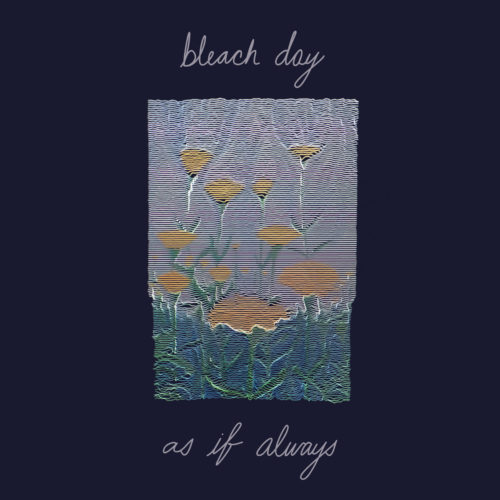 Originally spurred from the home tape recordings of Louie Kiley and Vinny Marksohn, Bleach Day released their full-length debut, Where to Dream, in 2016. Its release was met with praise from blogs such as Earmilk and Buried Muse (now Idle House). Seven Days called the album “…an eight-song sonic tapestry of analog whirrs, screwy samples and, at its core, beautiful, sun-bleached lo-fi pop.”

Since the release of Where to Dream, Bleach Day has appeared as a five-piece band at festivals such as POP Montreal and Waking Windows.

Bleach Day’s sophomore LP “as if always” is the product of a two year studio binge, occurring in between all of these other projects. Mixing classic golden age pop sounds, cinematic progressions, and oddball tones, “as if always” composes a sonic language that takes the listener through a story of growth and self discovery in its most primeval form, which mirrors a full life cycle from birth to death. Through struggle you learn to confront your fears, your shadows, and your limitations to become the person you are meant to be. It’s a journey to a place that feels far away – until you realize it’s actually within yourself, and always has been.